I actually wanted to title this post “A petition to Julia Bobbin”, followed by a plea to change the date of the Mad Men Dress Challenge for next year (I hope there will be next year?) to later in the year. I mean, c’mon, doesn’t your heart just break looking at me modelling my lovely summer dress with heaps of snow in the background?

But anyhoo, this dress is inspired by Betty’s dresses. She is not one of my favourite characters, but fairly early in the series they showed her working away at a sewing machine, and at that moment Betty stole a piece of my heart. How could anyone not love her day dresses, or those breezy, summery party dresses?

Fitted bodice, and a full skirt, in pretty, pretty colours. That is the general style that I desperately wanted to duplicate, because I have never had a dress like that. Since a very early age my mother discouraged me from wearing dresses, she believed that they did not suit me. So I abandoned the notion of dressing pretty and turned into a total tomboy. It is only now that I have the confidence to embrace my body the way it is, and I acquired  certain amount of sewing and fitting skill that I want to try to regain some of the girliness that I never had. So here it comes:

Now for the deets: the bodice is the same as the black dress. This time, I boned the front and side seams with plastic boning (in the black dress I put boning only in the side seams). I really enjoy the look and feel of a boned bodice, and again I am so surprised how easy it is to work with plastic boning! The front of the bodice, after drafting and installing straps, became quite short, so I drafted the waist band (a loooong rectangle), to which I added the circle skirt. That circle skirt was cut in the summer, and at that point was not meant to be a dress, just a stash busting experiment. Then it was marinating on a hanger for the next 7 months (to get the stretch out from the bias sections, I think the 7 months did the trick)! I lined the whole thing with cotton batiste, installed the zipper, discovered that I did not have any more hook and eye closures, trimmed the skirt, and added the lace to the bottom. Then I went to install the horsehair braid to the bottom of the skirt, following some well-meaning but wrong advice. The advice was to use thinner horsehair, since I made a narrow hem. Later, when I was flipping through Gertie’s book, I read that the more drama you want, the wider the braid you should use. So tomorrow at work I will be purchasing some 2″ or 3″ horsehair, rather than the measly 1/2″ that I was working with. And I will probably shorten the lace a little bit, it seems to be too long for the proportions of the dress, no?

So that is that. This is a dress that makes me feel like a million bucks. This is the dress that trumps ALL of the sewing messes that I’ve made so far.  This is the dress I’ll be wearing in bed when I catch a cold from twirling in 3 centigrade weather. And the dress also wants me to buy me a string of pearls…

Keep your eye out on Julia’s blog and the challenge roundup on April 6th, to see what other participants of the MMDC3 came up with. I expect it to be inspiring, as always!

Oh, where do the best laid plans go? While pink-eye ravaged my household since last week, I found the time being in short supply here… I had to scale down my grandiose plans for Julia Bobbin’s  Mad Men Dress Challenge and work on Joan dress only, instead of Joan’s and Megan’s, as I was planning to sew earlier.

Since I decided to get in the challenge so close to the deadline, I’ve decided to make the dress out of knit fabric, because I anticipated a lot of fitting issues and I thought knit would be more forgivable. Also, I happened to have some yummy chocolate brown double knit in my stash. I am sure that the dress in knit turned out way better than woven would have, but still there were issues that I should have addressed. Of course I realize all that now, that the dress is finished… Oh well…

Essentially, I started with a t-shirt pattern, I simply added 10 inches to the length. I nipped in the waist just slightly, made a small side slit (just in case I have to chase the offspring when I wear the dress), added the collar  and “ties” at the back, and added narrow cuffs at the sleeves and turned them up. And made the belt.

There were many “firsts” with this dress. I drafted the collar and the ties, which was fun. I really wanted to duplicate the look of Joan’s collar, and I think I succeeded somewhat. Considering that I made a collar only once before when I was sewing a pirate shirt for my hubby, I am not displeased with this effort. I also made my own belt. I had no idea how easy and fun it was to make your own belt, including the belt-buckle!

Another “first” was doing a swayback adjustment. The fabric pooling at the back is the reason why I cannot wear any RTW dresses (unless they are wraps or knitted), I was really shocked when I discovered that I needed to take off 4 inches from the back… And now when I look at the pictures I realize I should have taken off more! And since we’re talking about “shoudda’s”, there’s the issue of much needed darts in the bust area, but i thought that I was being crazy wanting to put bust darts in a t-shirt…

Sometimes it surprises me how much I like to cut some corners, but I go waaaaaaaaaaay beyond whatever is needed with another thing. For example, I decided that I did not want to fit the bust, but I absolutely did not want the  machine stitching to be showing on the hem. I just knew it would look awful, and my machine did not like sewing this material at all. So I hand-hemmed it. Misplaced my thimble, poked through my sewing callus on the middle finger, bled all over the place, but the hem is just beyond words… It’s just so beautiful!

As I was sewing I did a lot of pondering about this and that. I came to realize that Joan Holloway and I are not so different after all. With a small difference: she is the girl that is willing to go all the way and give 100% to make things happen. I am the girl who gives 75%, as illustrated by this dress. So I raise my glass to you Joannie, and to me, hoping that some day soon I can give maybe 85%! At least in the sewing department…

Howdy! Just finished watching the 5th Season of Mad Men on Netflix. That show is not doing good things for my psyche, but does it ever get my creative juices flowing… Since season 1, I’ve been fantasizing about making Joan-worthy dresses, if only I had the body… But now (i.e. late 60’s), that the fashions have relaxed a bit, I’m thinking that I could pull some of those off, both in sewing and wearing department. And by the way, my body is my body, and I will dress it up in whatever I please. So I’ve decided to join the Mad Men Challenge, hosted by the amazing Julia Bobbin. So here I go:

So what am I intending to make? There are two candidates, both of them will be executed in knit, since there is no way in hell I would get all the fitting issues figured out on time in a woven fabric.

First, Joan dress. This is self-explanatory, I mean, who does not want to have a Joan dress… Seems simple enough, and the collar with the amazing long ties at the back is just so delicious!

Ahhhhhhhhhh, so simple and beautiful. There will be alterations to the neckline, also I have no idea how to execute the beautiful pleats on the sleeves (so I’ll go pleatless).

The deadline is April 19th, so I gotta motor it! But while I’m at it, I’ll play around with a circle skirt. With a crinoline!

And BTW, have you Mad Menned yourself? Here’s moi! 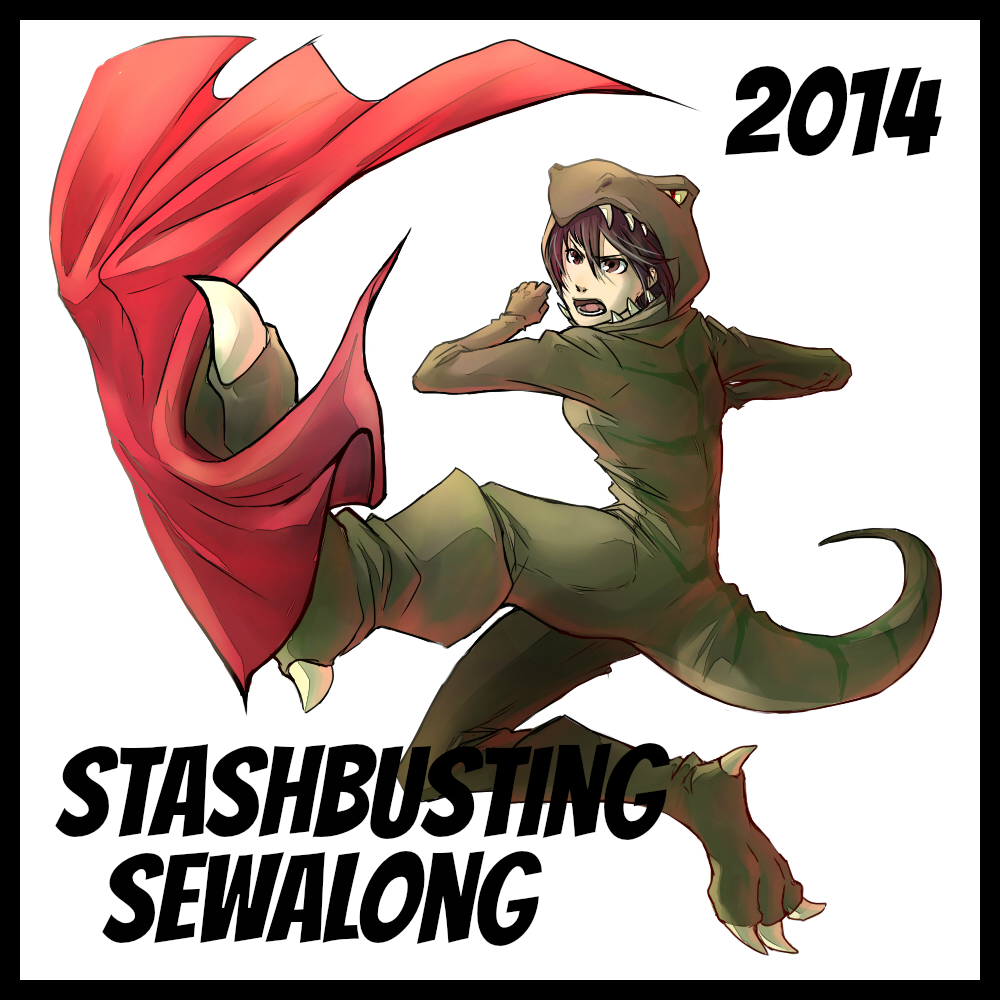